Home > Blog > Skepticism and the Drowning

Skepticism and the Drowning 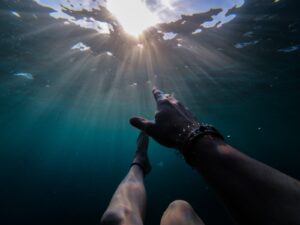 The story goes that the Skeptic philosopher-in-training Pyrrho was out walking one afternoon.  His teacher, Anaxarchus, had somehow fallen into a lake, and was shouting, “Help!” He saw Pyrrho passing by and shouted, “Pyrrho, help! I’m drowning!”

Rather than going into a tizzy to save his teacher, Pyrrho ignored the entire scene and kept walking.

Somehow, Anaxarchus survived the ordeal, and, when next he met his student Pyrrho, he praised his student with the words, “Pyrrho, well done! You are a master of my philosophy.”

It is unlikely this actually happened, and indeed the anecdote was probably concocted to expose the absurdity of what came to be called Pyrrhonism—one form of ancient Skeptic philosophy. Still, it is worth thinking about: How much should we care?

Pyrrho, like many philosophers, never wrote a word. Unlike, say, Socrates or Jesus, however, he had no disciples who attempted to catch his teachings in writing. What little we do know about his philosophy was written down much later—after four centuries of oral transmission—and is often contradictory.

However, it appears that Pyrrho’s program for a relaxed way of living started with some very good questions:

1. What is the nature of reality?

2. Given the nature of reality, what ought we to do?

3. Were we to act in this manner, what would be the result for our lives?

Those are good questions. 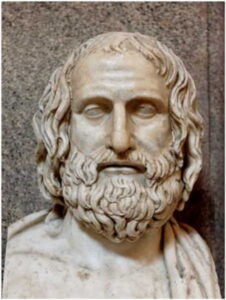 We do know at Pyrrho was part of the army of Alexander the Great. As part of Alexander’s army, Pyrrho experienced the the hotbed of philosophy that was India in 327-325 BCE. In this era, the Ajñana school was dominant. This school, though it faded into the matrix of Hindu thought, was formative for both Buddhist and Jain thinking. Hence, Pyrrho’s Skepticism is very likely to be a Greek version of these ideas.

In Greek thought, the “non-attachment” of Buddhism became “indifference.” That’s not really what Buddhists mean, and it may be a later misunderstanding of Pyrrho as well. It isn’t that we are—or can be—indifferent to the world and its many things and events. In actual events, leaving the drowning to drown is not a praiseworthy act.

However, Pyrrho—and Buddhists—do have a point about what we call value judgments. Pyrrho was a Skeptic because he taught that we never have enough information to differentiate “good” from “bad,” the “true” from the “false.”

Ignoring those who are drowning is neither a goal nor an option. However, value judgments concerning the value of those drowning are an option. An option that can quickly lead to illusion, delusion, and even . . . indifference.

Our inherent human moral imagination tells us that saving the drowning is a moral good. To choose to ignore this intuition takes . . . well, value judgments. Value judgments such as political and economic dogmas. Value judgments that Pyrrho for one will tell us are confused at best.

Skepticism is there to tell us that we never know the whole story. Of anything. That will not prevent us from acting in the world, since we know at non-action is a from of action. Skepticism can, however, help us stay calm. And keep our opinions to ourselves.