Home > Blog > Get Your Narthex On Out of Here

Get Your Narthex On Out of Here 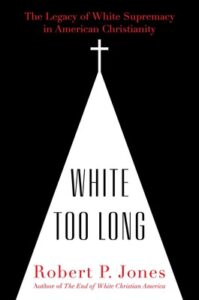 Take as example the newest book by scholar and commentator Robert P. Jones—White Too Long: The Legacy of White Supremacy in American Christianity. Dr. Jones traces the long, sad, and brutal tale of Christian complicity in white supremacy in excruciating detail. It’s enough to make anyone an agnostic!

As Jones demonstrates so well, traditional Euro-American versions of Christianity have focused on keeping people–African Americans, Natives, the poor–on their knees, enthralled by the power, self-declared virtue, and sheer good taste of the elites.

African Americans, however, have resisted, and Black Church religious practice has tended to emphasize social liberation and personal empowerment in the face of white coercion.

Some liberal religionists—especially since the time of the Social Gospel Movement—have followed this path as well, and the book titles this movement has produced say it all: Christianity Without Beliefs; Christianity Without Religion; or Don Cupitt’s classic, Taking Leave of God.

These books are all about the religion of Jesus rather than the religion about Jesus. Often, these books are also about getting over a monarchical, patriarchal, anthropocentric god. Whether most Americans have read these books or not, I suspect that much of the impetus behind the present-day “spiritual but not religious” phenomenon has been about rejecting or embracing traditions and creeds that liberals love and conservatives loath.

The books have a point: many of the words attributed to Jesus are words that get us off our knees and onto our feet, sending us to reach for the dream of human liberation. 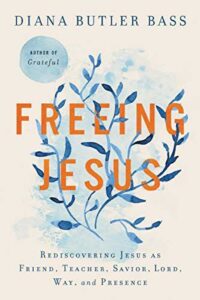 That the character of Jesus is a Rorschach test of one’s personal politics should perhaps give us pause, but such is the nature of American Christianity. See, for example, Christian author Diane Butler Bass’ newest book, Freeing Jesus: Rediscovering Jesus as Friend, Teacher, Savior, Lord, Way, and Presence.

It’s all in how you spin some very cryptic words. Take these words as example:

While he was still speaking to the crowds, his mother and his brothers were standing outside, wanting to speak to him. Someone told him, “Look, your mother and your brothers are standing outside, wanting to speak to you.” But to the one who had told him this, Jesus replied, “Who is my mother, and who are my brothers?” And pointing to his disciples, he said, “Here are my mother and my brothers! For whoever does the will of my Father in heaven is my brother and sister and mother.” (Matthew 12:46-59 NRSV)

We don’t know. And into the gap of that not-knowing has gone a lot of speculation.

Will the real Jesus please stand up? That’s unlikely. But the individualization and personalization of that concept called Jesus will continue.